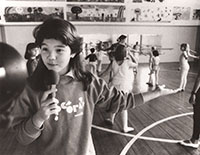 At age nine, she began creatively expressing herself when she embarked on a five-year stint as the host of an Emmy® and Ollie award-winning kids' television program. Being half Japanese, Kristina jokes that she discovered a genetic kinship with the camera early in life and continued to nurture that relationship by acting in many independent and major films while living in Los Angeles. Later, as the owner of a wedding/event planning company, she served as the six-year host of the WB's weekly program Weddings Portland Style. 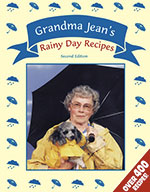 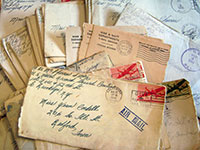 In 2001, deciding sleep was highly overrated, she compiled hundreds of her grandmother's favorite recipes for a holiday gift that quickly evolved into a self-published cookbook. With proceeds benefiting the Food Bank, Grandma Jean's Rainy Day Recipes sold at such stores as Borders and appeared frequently in regional media. It was while gathering information for the book's biographical section when Kristina happened across the letters her grandfather mailed to his "sweetheart" during his wartime naval service—a collection that years later inspired McMorris to pen her first novel, a WWII love story titled Letters from Home. 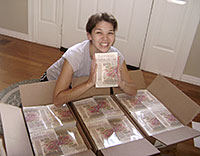 Since her debut released in 2011, in addition to her novellas in the anthologies A Winter Wonderland and Grand Central, Kristina's published works have expanded to include the novels Bridge of Scarlet Leaves, The Pieces We Keep, The Edge of Lost, the million-copy bestseller Sold on a Monday, and her fall 2022 releases, The Ways We Hide and the collaborative novel When We Had Wings. Her books have been translated into multiple languages and appeared in compilations by Readers Digest, Doubleday, the Literary Guild, and more.

A frequent guest speaker and workshop presenter, McMorris holds a B.S. in International Marketing from Pepperdine University. She lives near Portland, Oregon, where she's a proud mom of two teenage (going-on-forty) boys who keep her on the run and make her laugh daily.