Los Angeles, 1941. Violinist Maddie Kern's life seemed destined to unfold with the predictable elegance of a Bach concerto. Then she fell in love with Lane Moritomo. Her brother's best friend, Lane is the handsome, ambitious son of Japanese immigrants. Maddie was prepared for disapproval from their families, but when Pearl Harbor is bombed the day after she and Lane elope, the full force of their decision becomes apparent. In the eyes of a fearful nation, Lane is no longer just an outsider, but an enemy.

When her husband is interned at a war relocation camp, Maddie follows, sacrificing her Juilliard ambitions. Behind barbed wire, tension simmers and the line between patriot and traitor blurs. As Maddie strives for the hard-won acceptance of her new family, Lane risks everything to prove his allegiance to America, at tremendous cost. 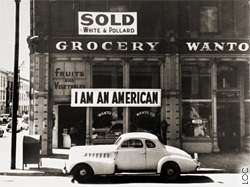 It was many years ago when I first heard the extraordinary account of a family friend—how, remarkably, he had fought for America and his brother had served for Japan. The story stuck with me. Gradually it evolved into the seed of a very personal novel, given that my mother is a Caucasian American and my father is a Japanese immigrant. But it wasn't until I was knee-deep in research that I made another stunning discovery: the fact that approximately two hundred non-Japanese spouses had chosen to live voluntarily in what are known as U.S. internment camps. I instantly knew it was a part of history I needed to tell. 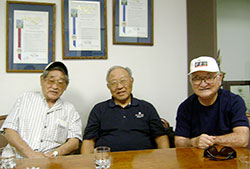 In preparing for the book, my research expeditions became unforgettable highlights. They included a pilgrimage to the Manzanar relocation camp, an exploration of L.A.'s Little Tokyo, and even a flight on a B-17 bomber! But truly, it was my interviews with several Japanese American WWII veterans that made the greatest impact on me. These men had bravely served in a secret branch of the U.S. Army, risking their lives in a fight for democracy, all while their families were interned back at home. And yet, to this day they insist they were simply "doing their jobs as Americans."

"McMorris's second novel...gracefully blossoms through swift prose and rich characters. This gripping story about two "brothers" in arms and a young woman caught in between them hits all the right chords."
Publishers Weekly
"[McMorris] creates a believable world...all while perfectly capturing the flavor of the period. A sweeping yet intimate novel that will please both romantics and lovers of American history."
Kirkus Reviews
"Impeccably researched and beautifully written, Bridge of Scarlet Leaves is a story of loss, triumph, and awakening—and of forgiving those who have injured us the most. I highly recommend this book!
Karen White, New York Times bestselling author of The Time Between
"A poignant, authentic story of Japanese and American lovers crossed not only by the stars but by the vagaries of war and their own country's prejudices."
Jenna Blum, New York Times bestselling author of Those Who Save Us
"Rich in historical detail, peopled with well-developed characters, and spiced with tension and drama, Bridge of Scarlet Leaves is a novel to savor, and then to share with a friend."
Historical Novels Review
"A beautiful, timeless love story, rich in detail and emotion, Kristina McMorris' words reach right off the page and grab at your heart."
Sarah Jio, New York Times bestselling author of Blackberry Winter
"An unputdownable love story...[McMorris's] attention to detail is meticulous, the East meets West clash between cultures—revelatory."
Lesley Kagen, New York Times bestselling author of Whistling in the Dark
"This WWII novel has a refreshingly different point of view. A wonderfully poignant tale, it's at times terribly dramatic and others beautifully gentle."
RT Book Reviews