When We Had Wings 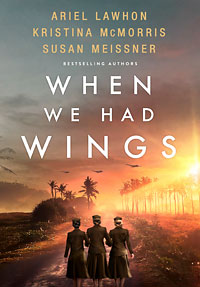 The Philippines, 1941. When US Navy nurse Eleanor Lindstrom, US Army nurse Penny Franklin, and Filipina nurse Lita Capel forge a friendship at the Army Navy Club in Manila, they believe they're living a paradise assignment. All three are seeking a way to escape their past, but soon the beauty and promise of their surroundings give way to the heavy mantle of war.

Caught in the crosshairs of a fight between the US military and the Japanese Imperial Army for control of the Philippine islands, the nurses are forced to serve under combat conditions and, ultimately, endure captivity as the first female prisoners of the Second World War. As their resiliency is tested in the face of squalid living arrangements, food shortages, and the enemy's blatant disregard for the articles of the Geneva Convention, they strive to keep their hope—and fellow inmates—alive, though not without great cost.

In this sweeping story based on the true experiences of nurses dubbed the "Angels of Bataan," three women shift in and out of each other's lives through the darkest days of the war, buoyed by their unwavering friendship and distant dreams of liberation. 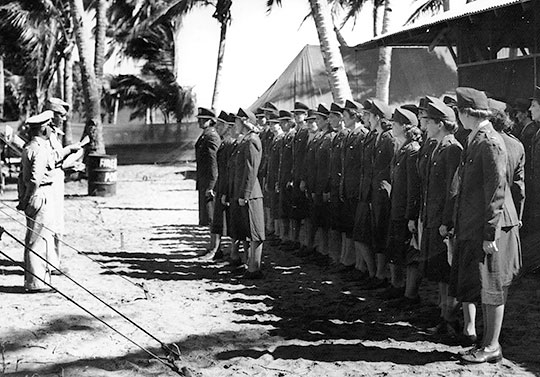 A Note from Ariel

"The Angels of Bataan should be known and celebrated. They should be taught in history books alongside Patton and MacArthur. Instead, their stories were hidden. In 1945, the world didn't know what to do with women at war. So the United States government swept it under the carpet and pretended it never happened. But as their experiences have come to light in recent decades, our responsibility to share them has increased. It was an honor for the three of us to learn about and write this piece of history. We hope these nurses give our readers courage. And we hope that now, more than ever, our society appreciates the selfless work of the medical community in this country and around the world."

"Three superstars of historical fiction...have crafted a novel rich in historical detail that immerses readers in the dangers and deprivation WWII nurses suffered in the Pacific, wrapped up with a hopeful ending."
Booklist
"The authors pull off a gripping and seamless narrative. With this fine tale, the authors succeed at bringing to readers' minds the courage and sacrifice of those who inspired it."
Publishers Weekly
"With gorgeous language and stunning historic detail, Lawhon, McMorris, and Meissner plunge readers into the Philippines and the epic struggles of the Pacific. Filled with heart and pathos, this is a story of hope, faith, and the power of friendship in the face of indescribable hardship."
Allison Pataki, New York Times bestselling author of The Magnificent Lives of Marjorie Post
"Three of the biggest powerhouses in historical fiction come together to pen this breathtaking novel. Combining the lush setting of the South Pacific with the unfathomable hardships of the combat theater, this book shines a light on a little-known aspect of history with a tale of unlikely friendship and the unshakable strength of the human spirit."
Pam Jenoff, New York Times bestselling author of The Woman with the Blue Star
"Lawhon, McMorris and Meissner seamlessly blend three nurse's stories and secrets with one deft and immersive storytelling voice... Based on the true story of the three women who were the first female prisoners of WWII, When We Had Wings is thrilling, riveting and deeply felt; a do-not-miss historical fiction masterwork."
Patti Callahan Henry, New York Times bestselling author of Surviving Savannah
"A riveting novel by a trio of powerhouse authors that offers a fresh take on World War II fiction, one that is uncannily resonant today. Set in the lush tropics, When We Had Wings is an utterly original tale about courage, duty, and endurance."
Fiona Davis, New York Times bestselling author of The Magnolia Palace